I just finished writing Rebel Green and my manuscript is now with the editor and hope to publish on or around Christmas Day. I will put up a pre-order soon and a link for Beta Reader to get a sneak peek. Meanwhile, I thought you would enjoy looking into the lives of famous women adventurers you may never have heard of.

Harriet Chalmers, a California native, was one of the most cel­ebrated American explorers from 1904 until her death in 1937. She became an expert on Latin America, and her knowledge was valued by government and business, and in academic circles. Adams was one of the first American women elected to member­ship in the Royal Geographic Society of London (1913). She was a prolific writer, contributing twenty-one articles to the National Geographic Magazine.

Perhaps the lack of a son created the then ­unusual situation of Harriet’s father Alexander treating his younger daughter as he would have treated a boy. At age eight, Adams and her father travelled on horseback through­out California and the Sierra Nevada. When she was fourteen, they journeyed to Oregon, and from there to Mexico before returning to Stockton. She later declared these journeys made her over “from a domestic little girl fond of knitting and skipping rope to one who wished to go to the ends of the earth and to see and study the people of all lands (HCA 1914).”

As an adult she managed to tum her passion for adventure and exploration into a successful vocation. Adams’ formal education lasted only until age eleven, and from that point consisted of exploration with her father, voracious reading, and lessons with private tutors. During this period, she developed keen powers of observation and a systematic thoroughness that later garnered the respect of other geographers and explorers.

Adams possessed an affinity for language and was fluent in Spanish and French, and conversant in Portuguese, Ital­ian, and German. When the Spanish dictator Primo de Rivera asked whether she spoke Spanish, Adams responded, “Ungrammatically and enthusiastically”.

In 1900, Adams went on her first major expedition, a three-year trip around South America with her husband, during which they visited every country, and traversed the Andes on horseback. The New York Times wrote that she “reached twenty frontiers previously unknown to white women.” In a later trip she retraced the trail of Christopher Columbus’s early discoveries in the Americas, and crossed Haiti on horseback.

In 1907 her husband Frank began working for the Pan American Union, and Adams published her first article in National Geographic Magazine and delivered her first public lecture. Adams’ relationship with National Geographic lasted until the mid-1930s, but, despite her loyalty, they treated her as an adventurous traveller rather than a serious explorer, refusing to fund her expeditions.

Adams served as a correspondent for Harper’s Magazine in Europe during World War I. She was the only female journalist permitted to visit the trenches.

In 1925, Adams helped launch the Society of Woman Geographers. The New York Times wrote “Harriet Chalmers Adams is America’s greatest woman explorer. As a lecturer no one, man or woman, has a more magnetic hold over an audience than she.” She was the third American woman asked to join the Royal Geographical Society in England. However, the New York-based Explorers Club gave her and other prominent female adventurers the cold shoulder. (The Explorers Club didn’t allow women to join until 1981.)

Men “have always been so afraid that some mere woman might penetrate their sanctums of discussion that they don’t even permit women in their clubhouses,” Adams once said, “much less allow them to attend any meetings for discussions that might be mutually helpful.”

When she and her husband visited eastern Bolivia during a second extended trip to South America in 1935, she wrote twenty-one articles for the National Geographic Society that featured her photographs, including “Some Wonderful Sights in the Andean Highlands” (September 1908), “Kaleidoscopic La Paz: City of the Clouds” (February 1909) and “River-Encircled Paraguay” (April 1933). She wrote on Trinidad, Surinam, Bolivia, Peru and the trans-Andean railroad between Buenos Aires and Valparaiso.

By the end of her life, Adams had travelled more than 100,000 miles in South America, mostly on horseback, and spent time in every country. She later visited most Indian reservations in the United States to study linguistic and cultural similarities and differences among tribes of North and South America.

For more than twenty years, Adams captivated audiences as she recounted her adventures in lectures all over the U.S. She was widely respected by her peers, male and female She was called the “Mrs. Marco Polo of the Americas,” and the “world’s greatest woman explorer”.

While her written work initially made her famous, her lectures sparked a love affair with her audiences and the media. The combi­nation of personality, delivery, knowledge, and visual aids made her programs enthralling. She always spoke to packed houses, sometimes to 1,500 people at a single lecture. Handbills announcing upcoming programs claimed there is no greater lecturer today, man or woman, who possesses a more magnetic hold over the audience nor a greater personal charm than she.

No, this isn’t another Halloween advertisement.  I just wanted to let you know that I’m writing Concrete Jungle, the final book of the Sam Harris Adventure Series. You can get it on pre-order right here.

I will be finishing a standalone novel about Ireland during the troubles called Rebel Green next, followed by a new series, so please stay subscribed if you wish to hear about these books. 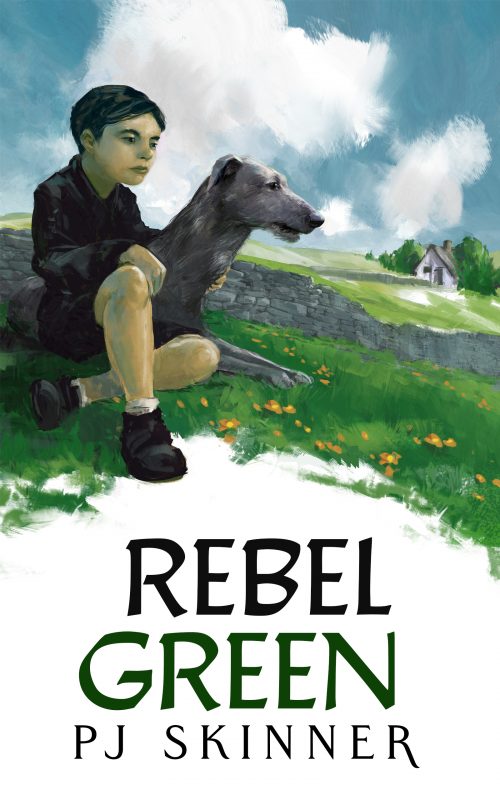